WI Supreme Court says NO – What does it mean for Volunteers? 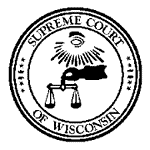 The enforcement of residency requirements has been an ongoing battle between firefighters and the communities they serve for many years. In 2013 the republicans included a provision in the Wisconsin state budget that precluded local governments from maintaining residency rules other than those requiring police and firefighters to live within 15 miles of their borders.
For the most part the career departments have been the only ones watching this battle, but one must ask, how will this affect the volunteer fire service in Wisconsin? The answer to that is anything but clear. There are so many variations and definitions of what constitutes a “volunteer” fire department that one could claim that they are in the midst of an identity crisis. There are the purist who pride themselves on not receiving any compensation and then there are those that receive some form of compensation, but the total value could not be construed as a livable wage.
There are the private, not-for profits, private non-profits, for profits, fire districts, county fire departments, and city/village operated fire departments – many of which claim to be volunteers. Many of these departments have some form of a residency requirement. It may be that you have to work or live in the city/town limits while others offer a little more leeway and allow you to live within the area of coverage.
In the past, if you move out of the city/town or district you simple turned in your gear and moved on to either a new department or perhaps retirement. But with this new ruling, what will fire departments do when someone moves out of the city/town and/or district and decides that they don’t want to resign. What position with the fire department be in?
I don’t anticipate this becoming a big issue, but it certainly has the potential to happen. Better to think about it now then when you are face with it.
You can read the full article from the Milwaukee Journal Standard Here: http://www.jsonline.com/news/statepolitics/wisconsin-supreme-court-rules-milwaukee-cant-require-city-workers-to-live-in-city-b99749495z1-384104541.html