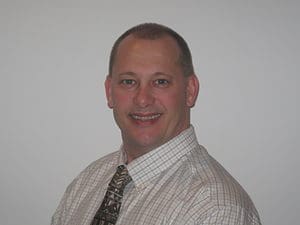 By, Alan Rufer – MBA
March 22, 2011
I was recently in a class that incorportated some basic Vent Enter Search (VES) techniques as part of a series of evolutions.  My curiosity was high since I have read a fair amount about VES in various trade magazines but have never had the chance personally to experiment with the idea. The training evolution was well run with the instructor pointing out a number of the pro’s and con’s to VES. The one thing that I found bothersome was that the evolution was performed as an individual, with the scenario being that you have been told (not you saw) that a victim was in the house. During a 360 of the building you identify what you believe to be a bedroom and you enter from the outside to perform VES.  We were taugh a variety of techniques for getting in and out of the building through a window, the importance of notifying command of what you are doing, and making the search “down and dirty”.
I discussed the idea of VES with several of the students and found it interesting that even the instructor seemed to back and forth behind the reason for VES.  One minute he would seem to present it as a necessity because of a shortage of personnel, then the next time it was because of life safety and the whole risk alot to save alot theory.  I responded by saying that from the outside looking in, it appeared to be nothing more than a cloak for freelancing.  To say the least, my perception was not a popular response with the instructor or a few of the students.  I pressed on with additional questions relating to safety, such as doesn’t this break the two-in two-out rule, the always work with a partner rule, the whole idea of maintaining accountability.
I could find myself in aggreement if this tactic was being presented as a two person procedure, and promoted as an emergency tactic for when the victim is actually seen or their location within the structure has been confirmed.  For example, a mother states that her son was in his room which is located on the B/C corner of the house on the first floor. I cannot condone the idea of randomly jumping in and out of a window by yourself in hopes of picking the correct room. At some point you have to ask yourself; are the benefits of what I am doing or about to do worth the risk I am taking or about to take.