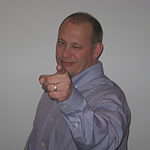 Cops give Safety a bad name

Do you ever wonder why safety gets such a bad rap in the fire service?  I mean really; this is 2011, private industry has been promoting safety on a wide spread basis for more than 15 years.  I travel a great deal and frequently visit the local fire department to get a tour of their facility, see the apparatus, and simply share in the brotherhood.
During these visits I often ask if they have a safety program, and do they use a safety officer on every call.  Ten years ago the number of people that simply answered no to these questions was by far the majority.  Thankfully, that number is decreasing.  What disturbs me is the number of people that say “We tried that but it didn’t work”.  Of course I then probe deeper as to why it didn’t work and why they didn’t think they could fix it.
The explanations that I hear vary but more often than not I hear something that I have come to label as the “Safety Cop”.  I don’t remember exactly where I read or first heard about the role and responsibilities of the safety officer but I would gather that the position gained its notoriety through either ICS or now what we refer to as NIMS.  The importance of the safety officer within the command structure is repeated often during these courses.  That level of importance has garnered a head of steam by continued references in lawsuits, NFPA standards, and OHSA rulings and fines.  Part of the problem is that because of these standards, rules, fines, and lawsuits that in haste, many fire chiefs have simply assigned someone to this position so that if something bad happens they can say that the position was filled.
Assigning someone to the safety officer position without giving them the proper training (both initial and ongoing) in my opinion is as negligent as not assigning anyone.  Too often we simply appoint someone to the position and one of two things happen; they either do nothing to improve the safety of the incident or they do too much in an effort to improve the safety of the incident.  The former creates an illusion of safety while the later tends to develop into the “Safety Cop”.  When you are in the role of the safety officer it is important that you don’t view it as a position of enforcement.
No one wants to be constantly hammered about putting their safety glasses on.  After all, we have jobs to do, we are hot, and then the glasses fog up and make our jobs even more dangerous.  I am not downplaying the importance of using safety glasses, but it is important to take all of the factors into mind when trying to influence one’s behavior.  As safety officers we must pick and choose which battles to fight and which ones to walk away from.  I find it helpful to ask myself two quick questions.  First, is there an immediate life safety issue?  Second, what is the level of probability in an injury occurring?  If either of these is considered high then it is a good idea to take action.  If both are considered low, then it may be more prudent to move on.
The key is that you don’t want the safety officer position to become one that is referred to as the “Safety Cop” or seen as only a position of enforcement.  Rather, it is preferred that you build the reputation of the safety officer as the person that has got everyone’s back.  This can only be done through training, compromise, and consistent implementation.  That is why it is important to have someone assigned to this role on every call.  If you don’t use it as part of your system on the small calls it is not likely to work well on the large ones.