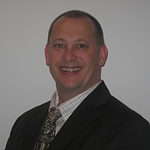 By Al Rufer, MBA
August 25th, 2011
The discussion between Cam Newton and Jerry Richardson has been all over the sports media today. For those that are not football fans, Cam Newton was the number one draft pick in 2011 for the Carolina Panthers. Jerry Richardson owns the Carolina Panthers. Apparently Jerry asked Cam if he had any tattoos, to which Cam answered no, and then Jerry asked if he had any piercings, to which Cam again answered no, Jerry then said “We want to keep it that way,” said Richardson. “We want to keep no tattoos, no piercings, and I think you’ve got a very nice haircut.” – FoxNews.com
So what’s the big deal?  Jerry apparently wants to set a standard for appearance or image within his organization – similar to the no facial hair policy of the New York Yankees.  That may be alright if Carolina implemented this policy across the board to all of its players, like the Yankees. Also interesting is that this has somehow become a racial issue. For some reason people are linking tattoos to African Americans – REALLY? Does everything have to always be racial; are we still that “small” of a society? When someone says the word tattoo – I do not associate it with anyone’s skin color. I think expression, rebellious, outspoken, individualism, youth, military, and main stream. Yes main stream, my wife and I just had this conversation the other day while at the State Fair. I made note of the seemingly endless number of people with tattoos and how I felt those without a single tattoo may have or will soon be the minority. Tattoos seem to have grown in popularity and are now widely accepted. Gen Y has long been known for their artistic expression and has openly accepted tattoos and piercings as being normal.
What about the fire service? I know a number of firefighters with tattoos expressing their commitment to the profession. Many have some form of tribute to the 343 that gave their lives on September 11, 2001. However, there are a number of organizations that have implemented dress codes and a number of them are updating these policies to address tattoos and piercings.
Of course the opposition is claiming infringement on their freedom of speech. Do you think employers should be able to set policies requiring you to cover up a tattoo or remove a piercing while you are on the job? What about volunteer departments – do you need to remove that nose stud before you respond to the call. Do these policies only apply to EMS runs or is it for every run. If there is a policy requiring you to cover up that tattoo, who then is responsible for providing the clothing to do so?
Are earrings that are in your ear okay, but studs in your nose not okay? Are earrings allowed for women but not for men? Are tattoos associated with the fire service okay, but those of any other nature not approved? Then there are the age old questions – do tattoos or piercings have an effect on my ability to do my job? Does that person that I am about to extricate really care if I have a 9/11 tattoo or piercing in my nose?
I feel we should do the best we can to present ourselves in a professional manner. Volunteer or not, we are here to serve the public and with that responsibility comes expectations. Right, wrong, or indifferent – perception is reality and the public has a picture in their mind of what we should look like. It is up to our leaders to define and communicate that look as well as find a balance between the right to express oneself without compromising the image and integrity of the organization.