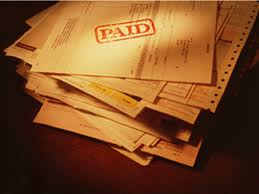 Should government agencies be following the private sector business model? Are fire departments making insurance companies rich? Does it matter if the firefighters are career, POC, or volunteer? Fire departments’ charging for calls is not a new topic; it is simply more prevalent because of the economic situation so many local governments find themselves in.
Government leaders are being challenged to make ends meet with decreased revenue and reduced funding from the state and federal levels. With a record number of people unemployed, leaders are hesitant to do anything that would resemble a tax increase, which is exactly what charging for services is, when you are already supporting it through property taxes. Government leaders are trying to soften the blow by claiming insurance companies will pay for these charges. What about the uninsured, or those who have coverage for the physical property but not for the fire department and its services. What if there is coverage, but not enough to cover the full amount billed. Who gets a write off, and who is forced into bankruptcy? Fire departments were never intended to be profit centers; they were intended to protect the lives and property of those in the community. Do they have a moral obligation to NOT follow the private sector business model? It’s not about can they charge, it’s about should they charge.
Will property owners see a significant increase in their property insurance if fire departments begin charging for services? Will service charges improve the fire department or will they just add to the insurance companies’ bottom line through higher premiums? What if the fire department is run by volunteers, is it ethical or even legal, to charge for their services if they are not being compensated? Some citizens argue that they already pay for fire service when they pay their property taxes. Some government leaders have responded by saying that the property taxes only make the service available, and that the service itself can still be billed. That’s a pretty hard sell considering many fire departments have not charged for services in the past.
There is no question that the fire department must be funded. Whether that is through increased taxes or by adding a flat fee or a per hour charge for services has yet to be played out in the public arena. Regardless of the method, the public is going to pay for those services either through taxes or through insurance premiums and for that reason they should have a say in whether that comes as a fee or an increase in property taxes.