A discussion among friends 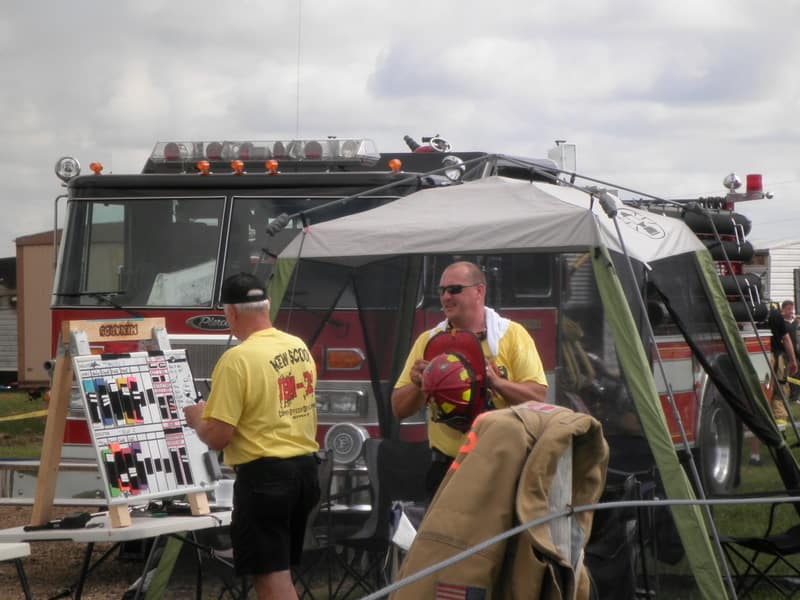 Several times a year a few of my friends and I go out to eat. We talk about our jobs (the ones that pay for the groceries) our families, and of course the firehouse and the fire service in general. The other night the topic turned to incident command, who runs it, what apparatus they arrive on, and what they feel is the most critical task(s) to be performed in the first five minutes. You know the saying, the first five minutes will dictate the next five hours.
We found the incident commander for each of our departments arrives in different ways; some in the first engine, some go to the station and then bring a pick-up truck, and of course, we have a duty officer that responds directly to each scene in a command vehicle.
We agreed that there are pros and cons to each system and each department needs to find what works best for them. We also agreed that the first officer on scene should assume command. We discussed the issue of passing command when higher-ranking officers arrive on scene and again we all agreed that we tend to work within the system and do not pressure a lower ranking officer to pass command unless he/she is faced with a situation that they are not comfortable with. I strongly advocate letting lieutenants and captains run general bread and butter incidents. This is where they build a foundation to become a chief. This is a time for mentoring, as these calls are typically high frequency and low risk.
I thought wow, the way we were all agreeing it would be a short night. Then it happened, Brad asked, “What is the first thing that should be done when upon arriving on scene?” Of course, everyone in the group looked directly at me. Why? Brad is the newest member of our group and is not aware of the TEN-23 class that I teach.
For those of you not familiar with TEN-23. It is a tactics class that teaches the 10 tasks I feel are most important for the incident commander to complete when arriving on scene Three of these tasks are completed en-route to the scene, 6 during the 360 of the structure, and 1 is ongoing.
Everyone at the table (except Brad) knew that conducting a 360 of the structure was (in my opinion) the single most important thing that needed to be completed before performing an offensive attack.
Nonetheless, I looked at everyone and smiled, then I said – I know we have had this discussion in the past, but for Brad’s sake, let’s have it again. So, around the table we went, each of us sharing what we felt was the most important task for the incident commander to complete upon arrival and our reasons for feeling this way.
It was a pleasant night of great food, awesome friends, and the sharing of new ideas. Sometimes we agreed and sometimes we agreed to disagree. One thing we all agree on is that each of us learns something new each time we get together.
Training does not always have to be physical or include PowerPoint’s. Sometimes it is nice to just talk and share ideas, thoughts, and things you have seen or would like to see. Differences in opinion don’t have to become argumentative. Be mature, be professional, and understand that a difference in opinion or tactics is just that, a difference. Don’t make the conversation personal and be respectful of your peers. Practice active listening, take notes, and take the time to digest what is being said rather than planning your rebuttal.
We would love to hear your ideas and thoughts. What is the first task you think should be completed by the incident commander upon arriving on scene?